Why not DeFi? Exploring the argument for liquidity staking When given a choice between making a profit through DeFi or accruing value via staking, most investors would opt for the former — and sneer at any who chose otherwise. This dismissive attitude isnt difficult to justify; after all, DeFi has long been considered the only source for good yields.

Consider the numbers — in 2020, the three top DeFi protocols by market capitalization — COMPound, UNIswap, Aave — reported a combined annual core revenue of more than $1.3 billion. Monthly reports are similarly impressive; according to the Block, prominent protocols generated a total of $275.57 million in September 2021 alone. Performance just a few months earlier, in May, was even more lucrative, raking in $466.06 million.

“As expected, much of the revenue went to the supply-side — that is, those providing liquidity to the protocols,” analysts for the Block wrote in an article about the May spike.

In this context, it‘s easy to see why cryptocurrency enthusiasts choose to provide liquidity to DeFi applications rather than engage in conventional staking. While both methods facilitate passive income and involve investors “locking” some of their coins out of circulation for a set period of time in exchange for tokenized rewards, DeFi “yield farming” tends to provide better returns because it distributes an investor’s funds across incentivized pools and trading pairs.

Given finite resources and a motivation to earn, the choice seems to be an easy one. But for some investors, DeFi staking might not be the silver-bullet SOLution it appears to be at first glance. For all the sneers that yield farmers might direct towards network liquidity providers, conventional staking has a crucial — and increasing — place in savvy cryptocurrency investing strategies.

From sustainable fallback to strategic imperative

In the past, conventional staking provided a fallback option for conservative investors who lacked the time or inclination to engage in yield farming. The latter is often a hands-on process, requiring investors to compare liquidity pool incentives and conduct due diligence. Additionally, DeFi liquidity stakers face a greater risk of losing money to impermanent losses or smart contract bugs.

Staking, in contrast, poses a conservative alternative for investors who wish to counterbalance their investments in the uncertain DeFi market — or avoid it entirely. DeFi enthusiasts would likely deride network staking as a missed opportunity. After all, investors have finite resources to deploy; why opt for a staking method that offers comparably paltry rewards？

In this context, it seems like a straightforward choice: investors either earn conservative (but reliable) gains with staking or pursue riskier and more lucrative returns with DeFi.

But in recent months, the emergence of liquid staking has empowered investors to have their crypto cake and eat it, too. 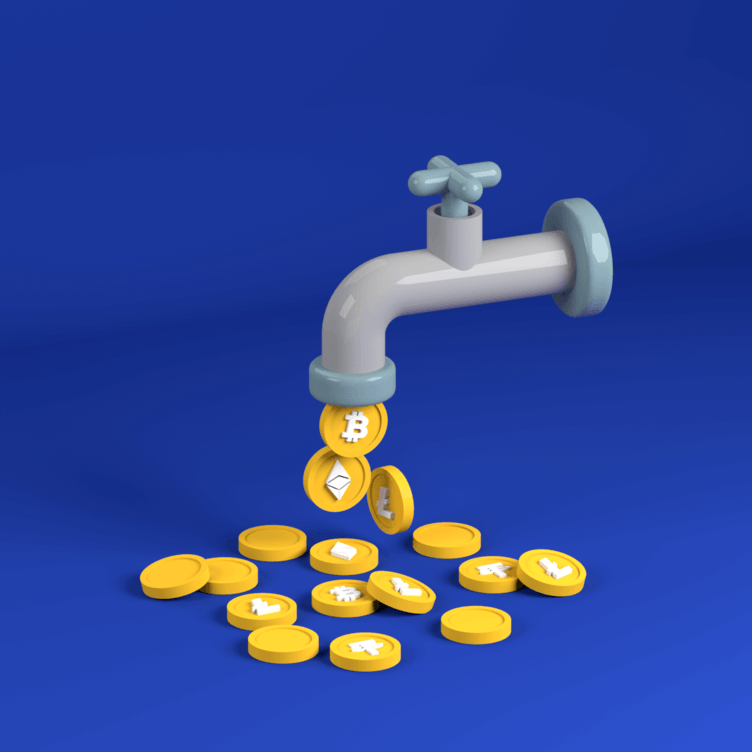 Investors can enjoy the best of both worlds with liquid staking

Liquid staking redefines the scope of possibility for cryptocurrency investors. The practices name reflects its basic capability — participants can tokenize their staked assets through a derivative contract, then deploy those tokens elsewhere in the DeFi ecosystem. Hence, investors can pursue DeFi gains while still enjoying the reliability and stability provided by traditional staking.

In other words: liquid staking empowers investors to double-dip on profit. This advancement utterly demolishes the idea that network staking is inferior to DeFi liquidity provision. The two methods represent either side of the same coin; todays investors need both to maximize their earning potential.

To say that the sector recognizes liquid stakings potential would be an understatement. In September alone, both Polygon and Acala announced they would be developing liquid staking capabilities for MATIC and Polkadot, respectively.

It‘s worth noting that the timing for liquid staking’s emergence couldnt be better; in the last year, staking has become significantly more accessible to and popular among crypto investors. There‘s no question that proof-of-stake (PoS) has transformed the investing landscape. “In just a single year, staking has gone from an academic exercise to a dominant force in crypto,” tech investor Tim Ogilvie wrote of the 2020 PoS boom in an article for Coindesk. “Much of the acceleration in crypto development we’ve seen this year is attributable to proof-of-stake blockchains, including Ethereum as well as Polkadot, Cardano, Cosmos, Solana, and others.”

PoS hasn‘t lost its momentum as a “dominant force,” to borrow Ogilvie’s phrasing. As of this June, the total market cap for all staking platform tokens was $633 billion.

For context — the proof-of-stake model was developed as a more environmentally-friendly and user-accessible alternative to the proof-of-work (PoW) method for confirming transactions and extending the blockchain. Previously, PoW required miners to solve complex cryptographic puzzles when validating block transactions; with PoS, miners have power commensurate with the number of coins they hold. From an investment perspective, owners who stake their coins obtain proportional token authority and can attain further ownership over time as they accrue rewards.

The impact proof-of-stake has had on the market cannot be understated. Its emergence has made staking more democratic and accessible, as miners no longer need advanced (and expensive) validator hardware to participate in the blockchain network. Instead, investors can simply contribute to a liquidity pool. Many staking-as-a-service (SaaS) platforms have debuted over the last year with the intent of making this process easier; most notably, Coinbase acquired the SaaS provider Bison Trails in January.

Other major barriers to access include high buy-in thresholds and long lock-up periods. For example, Eth2 requires a 32 ETH minimum deposit and an extended vesting period — likely, up to two years. Smaller participants might be unable to afford the buy-in, and investors of all sizes might hesitate to lock up their assets for such a long time.

The emergence of staking-as-a-service platforms and liquid staking effectively solves both problems. Smaller investors can overcome high buy-in thresholds by using a SaaS platform to contribute to a liquidity pool — and with liquid staking, continue to deploy their tokenized assets throughout the broader DeFi ecosystem while earning staking rewards.

These capabilities put paid to the idea that yield farming is the best means of reaping passive returns in the crypto market. When taken within the context of the PoS boom, the emergence of liquid staking presents a future where investors of all funding levels can simultaneously provide and enjoy liquidity benefits. The marriage of DeFi and PoS staking will massively grow the broader DeFi space.