JPMorgan: Crypto Markets, Fueled by Retail Buying Frenzy, are Once Again in a Bubble

The note, which was released last Wednesday, suggested that retail investors’ appetite for digital assets skyrocketed alongside traditional equities.

Retail demand spiked to record highs, thanks to historically low interest rates and the Fed’s dovish outlook for the remainder of the year. Analysts at JP Morgan estimated a net flow of $13 billion into the U.S. stock market in August alone — up substantially from $16 billion in July.

The JPMorgan research team asserted that the massive influx of capital had also found its way into cryptocurrencies. It’s certainly possible that a retail buying frenzy played a key role in the resurgence of the crypto markets late into summer.

Heavyweights bitcoin (BTC) and ETHereum (ETH) plummeted over 50% following their all-time highs back in May. Prices began to recover in late July, with BTC and ETH rallying approximately 55% and 90%, respectively. 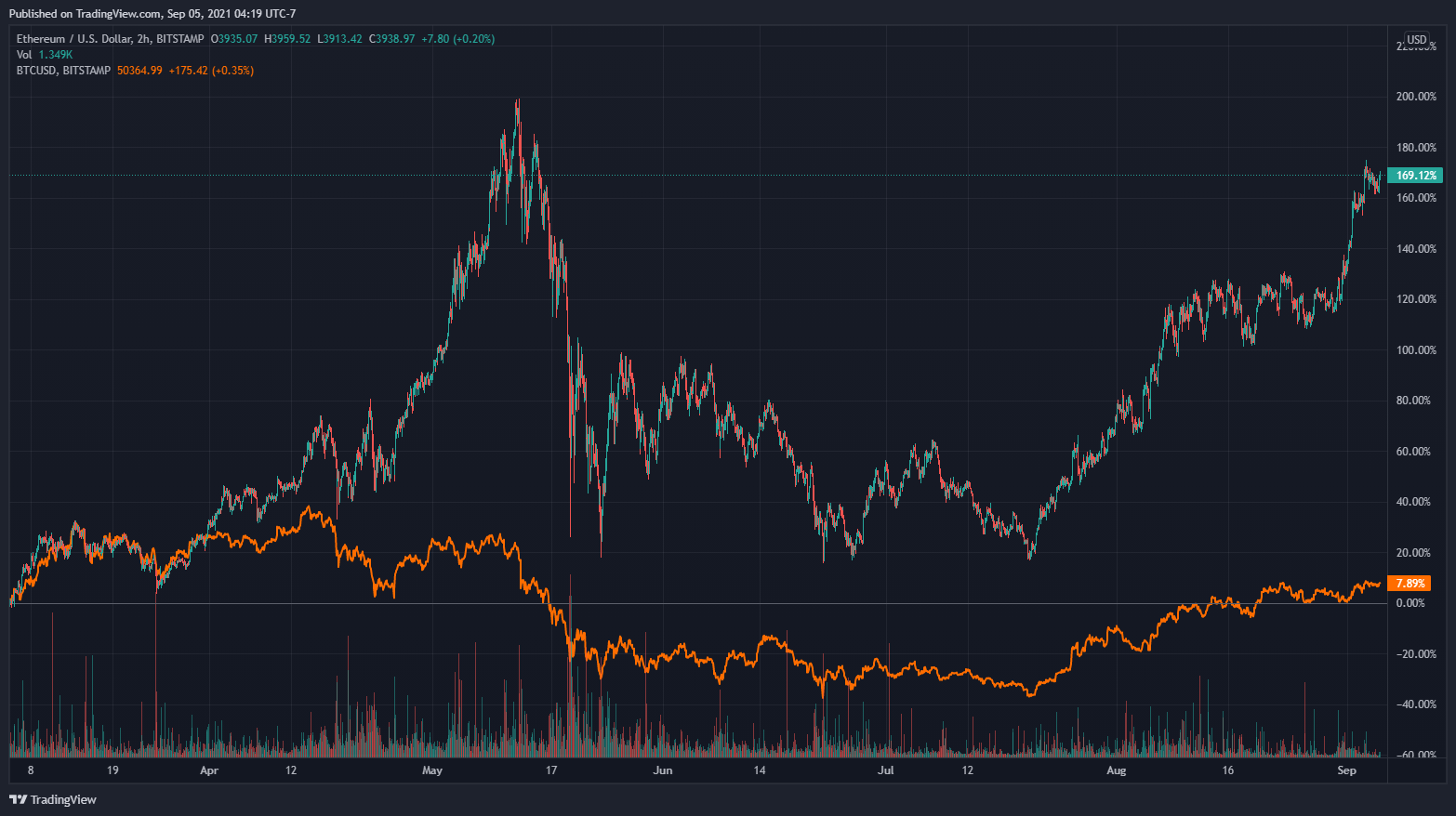 The gains of the two largest cryptocurrencies, however, pale in comparison to the altcoins and non-fungible tokens that have exploded in popularity. As DeFi found its latest use case in NFTs, projects such as Solana rallied to record highs. Per Tradingview, Solana is up 390% in the past month alone, while being up 7,000% YTD at press time.

Bitcoin’s dominance has also continued to slip. As Ethereum and other coins such as Cardano, Ripple, and Binance Coin surged higher, BTC’s total market share in market capitalization dipped to 41.23% — down from 73.78% at the beginning of the year. 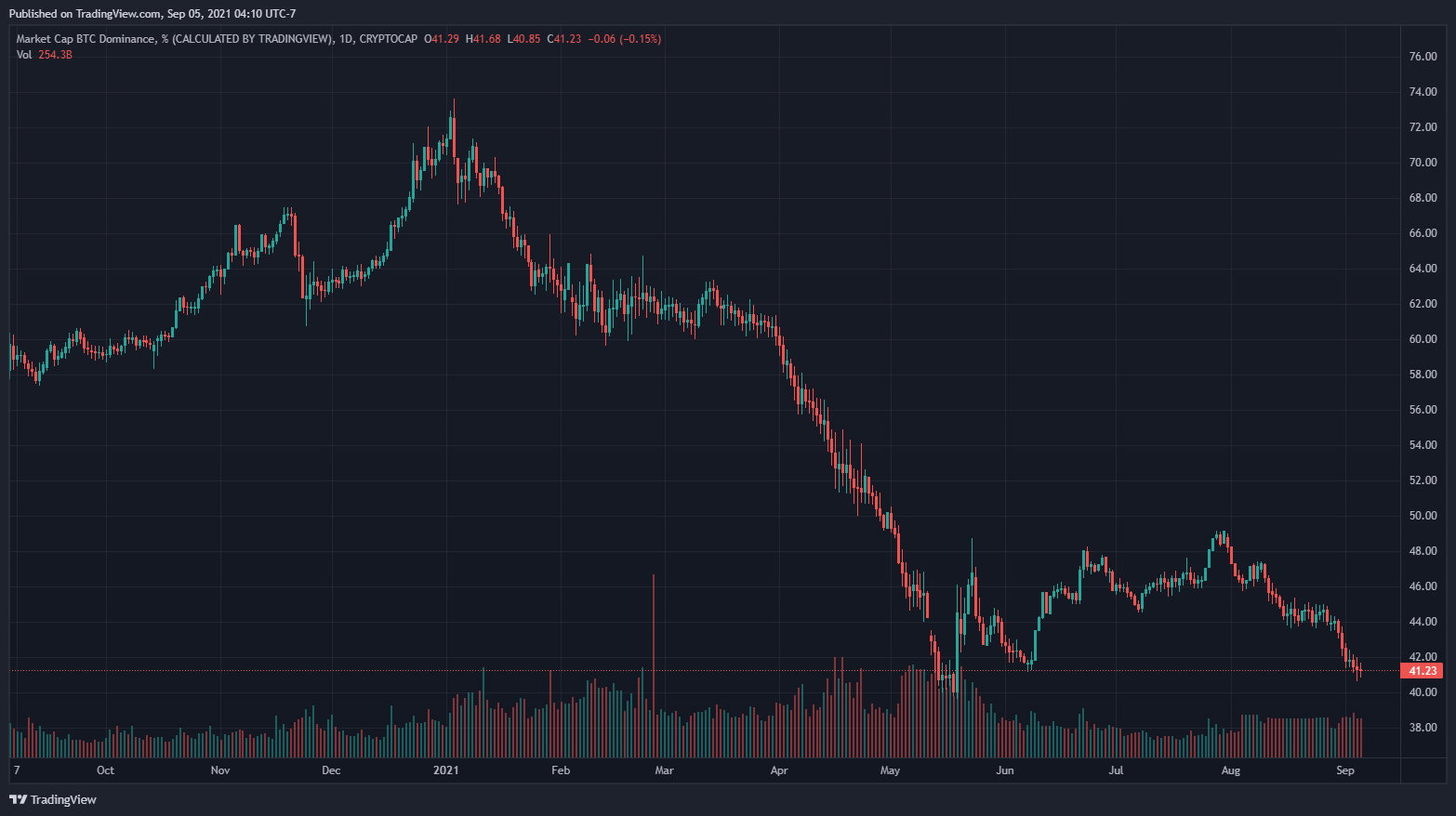 JP Morgan Reports Bitcoin Continuing to Lose Its Market Share, with Altcoins on the Rise

The JPMorgan analysts also wrote that altcoin trading represents approximately 1/3rd of the crypto market. It remains unclear whether the figure only accounted for spot market volume; nonetheless, it was a substantial increase from 22% in early August.

“The share of altcoins looks rather elevated by historical standards and in our opinion it is more likely to be a reflection of froth and retail investor ‘mania’ rather than a reflection of a structural uptrend.”

The major investment bank remains cautious of the rapidly expanding alternative asset class; still, there are no tell-tale signs that suggest crypto’s parabolic growth will slow down soon — at least for now.